Influenced by historical rivalry and belligerent attitude of its eastern neighbour, Pakistan was forced to employ hard power instruments to maintain a militarist paradigm in its national security approach. As decades passed by, the identity question, role of religion in the state affairs, rise of Muslim extremism, civil-military tensions and pro-American approach furthered the militaristic way. The fall of Soviet Union, globalisation and rapid technological advances have reshaped the global geopolitical landscape. In the modern era, hard power means alone cannot help any state in influencing other states. Consequently, soft power means are being employed to influence other states in a non-coercive manner.

Despite having a diversity of cultures, home to various religious sites, one of the largest contributors to UN peacekeeping force and one of the most charitable nations in the world, Pakistan has failed to exploit its potential in the domain of soft power. Faltering economic structure and hard power dominated approach towards issues have compounded the situation for Pakistan. Realising the significance of soft power in achieving national interests, Pakistan needs to exercise soft power potential for projecting its positive and alternative image abroad, engaging states to back Pakistani stance through sustained diplomacy and influence decision-making on issues of regional and international importance.

Considering how Pakistan can repurpose the soft power tools within its larger strategic narrative, Dr. Maqsudul Hasan Nuri, Visiting Faculty Defence and Strategic Studies Department, Quaid-i-Azam University, will be addressing an in-house seminar at the CSCR. 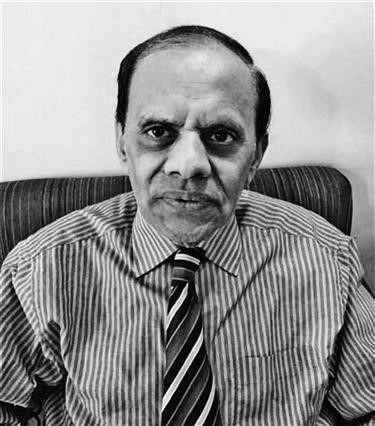 Previously he has worked as Adviser and was Co-Founder of Centre for Policy Studies (2013-2014), COMSATS Institute of Information Technology, Islamabad Campus, where he was made responsible for initiating M.S. and M.Phil. programs in International Relations (2015-2016).

He has also served as President, Islamabad Policy Research Institute (2010-2012) and Senior Research Fellow (2001-2012). Prior to that, he was Research Officer at the Institute of Regional Studies, Islamabad (1986-2002) and concurrently Research Consultant at the Emirates Research Centre for Strategic Studies (ERCSS), Abu Dhabi, UAE (2002-2005).

In February 2017, he was nominated as Vice President of The International Association of Educators for World Peace (IAEWP) of Pakistan Chapter. He also works on the Editorial Panel of the Asia Pacific Journal, Area Study Centre, Far East & Southeast Asia, University of Sindh, Jamshoro (2017-Present). He occasionally contributes Op. Ed columns in Business Recorder, Karachi and Shanghai Daily, PRC.

The Centre for Strategic and Contemporary Research (CSCR) conducted an in-house seminar on the 29th March 2018. The seminar, titled “Framing Soft Power in Pakistan’s Strategic Context” was attended by academicians and policy experts alike, making for an articulate hour and a half of discussion. The event began with welcome remarks from Mr Talha Ibrahim, Director Academics at CSCR, who thanked the audience for their participation and also shed light on some of the key ongoing projects spearheaded by the Centre. He went on to emphasise the need to focus on the growing body of discourse on soft power, appreciating the government’s efforts on expanding Pakistan’s soft power referencing the Chinese and Indian government in the South Asian region that have effectively channelized their influence using the same strand of power for strategic advancement.

The Guest Speaker for the event was Dr Maqsudul Hasan Nuri currently serving as a Visiting Lecturer at the Department of Defense and Strategic at the Quaid-i-Azam University (QAU), Islamabad. Dr Nuri holds a doctoral degree from the University of South Carolina, USA and has made remarkable contributions to both academic and policy circles given his expertise in research and policy matters both at home and abroad.

Sharing his insightful views on the topic, Dr Nuri introduced the audience to the linchpins of the very notion of soft power. He started his talk insisting on the fact that it was the demand of the present times that countries resort to the simultaneous use of hard and soft measures in advancing their strategic goals. This very idea, he asserted, could be referred to more fittingly in Joseph Nye’s words as ‘smart power’. Dr Nuri in his efforts to make the audience cognisant of the significance attached to soft power, also referred to factors including political instability, structural flaws and an inhibitive domestic environment as major impediments that kept Pakistan from expanding its influence through soft power.

Speaking on the benefits of using soft power, the veteran academic highlighted how economic influence, enhanced trade and a strengthened diplomacy were all critical to expanding soft power as well as being a subsequent result of it. He focused on the following elements as important in the formation of a national narrative:

In proposing policy guidelines, Dr Nuri stressed on working towards addressing the menace of militancy. Appreciating the Pakistan military’s achievements, he emphasised on an ideological change, which is just as imperative. In addition to the significant role of media in promoting the rich cultural heritage that Pakistan is home to, the speaker also stressed on good governance, education, research, innovation and regional connectivity as critically important avenues to facilitate the use of soft power in Pakistan.  Drawing from his personal experiences, Dr Nuri shed light on the soft power models under practice in ASEAN countries whilst emphasising the potential in those models to direct Pakistan in redefining its approach to soft power.

Dr Nuri asserted that the biggest challenge in terms of understanding and employing soft power tactics in case of Pakistan was embedded in determining the right balance between hard and soft measures; without one dominating the other. In addition, he also spoke of another challenge which was the lack of uniformity in policy implementation following disruptive government transitions throughout Pakistan’s history. In this vein, he stressed the need for a framework capable of ensuring a long term implementation.

Reminiscent of the 1960’s, Dr Nuri expressed high hopes for a better future even though the country is embroiled in conflicts on multiple fronts. He concluded by mentioning that Pakistan was moving towards a better future.

The participants keenly pointed out that Pakistan needed to address its inherently misplaced sense of national identity following protracted internal discords and an inability to own its narrative. In terms of administration, the participants highlighted the provincial devolution of powers only deepened said discord across provincial borders. The role of the Pakistani diaspora was also highlighted in keeping afloat Pakistan’s economy; a fundamental tenet of expanding a country’s soft power as well as an exercise in its hard power. Furthermore, the civil society was talked of as responsible in playing its part, but has remained rather dormant owing to disruptive government policies.

The participants in the seminar agreed towards the need for Pakistan to reframe its soft power policy in balance with the use of the more assertive hard power.

The seminar concluded with closing remarks from the Director Academics Mr Talha Ibrahim who thanked his team for the organisation of the event following which the President CSCR Mr Anas Abdullah presented the distinguished speaker with an honorary shield.