One report claimed that it was deployed in January 2022, while another mentioned February 2022. However, observers at PAK-IMINT eye-balling these developments have shared open source satellite imagery which confirms that the deployment process was somewhat delayed.

Russia delivered the first squadron (consisting of two batteries) by the end of 2021 to India; one for Adampur Air Force Station (AFS) and the other for Halwara AFS. In February 2022, only some support equipment was noticed at Adampur AFS, covered in a blue tarp. 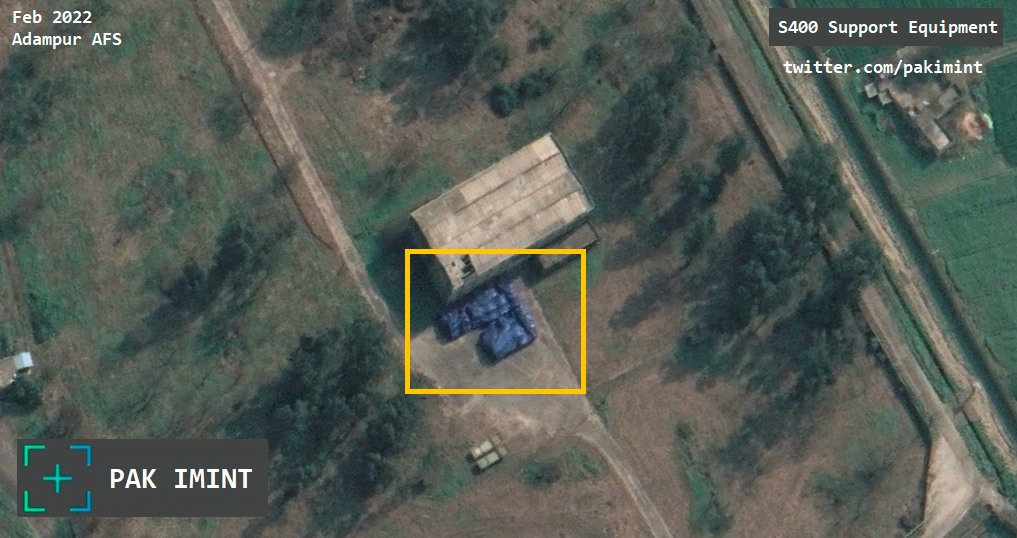 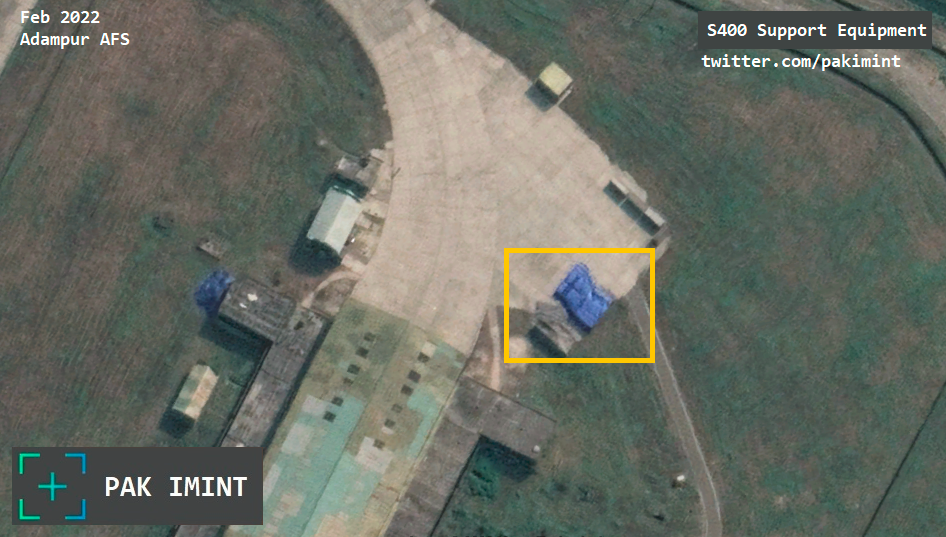 It was a further three months later, in May 2022, that a suspected TEL covered in a blue tarp was observed on the tarmac. 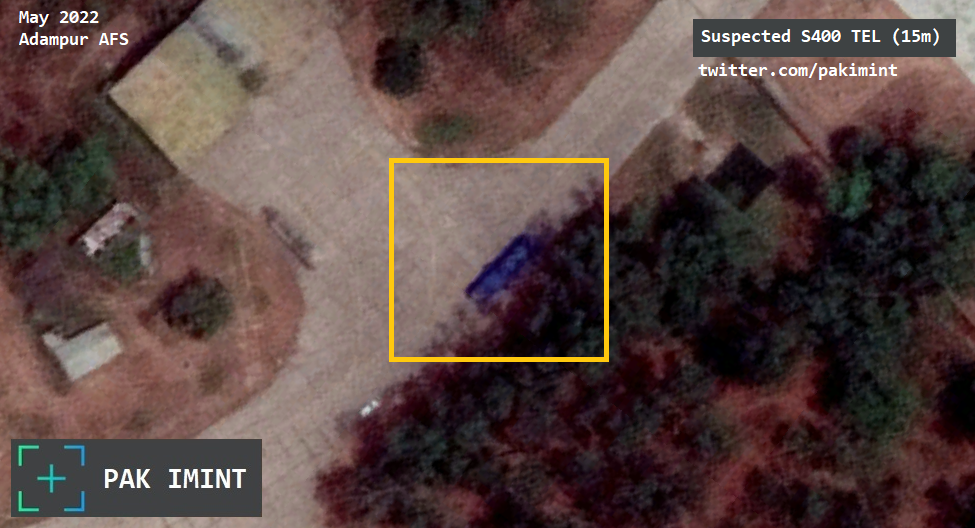 In addition, five Hardened Air Shelters (HAS) were observed in the same month with two trucks each. Thus, a total of 10 trucks; only two of these were uncovered. It is suspected that these uncovered trucks were also TELs for the S-400.

Another observation of interest from May 2022 is the unusual presence of seven Mirage 2000 jets at Adampur AFS; the station only houses MiG-29 jets that are part of No. 47 and No. 223 squadrons. It is speculated that perhaps these aircraft were here on rotational deployments.

Deployment of the second battery in Halwara AFS may have been executed in parallel to Adampur, but an absence of open source satellite imagery beyond February 2022 limits analysis. This confirms the assessment by the chief of the US Defence Intelligence Agency, who said that India’s first S-400 squadron would likely become operational for “defence” against Pakistan and China by June 2022.

Regarding the delivery of the remaining three squadrons, Russian authorities reportedly promised to complete the delivery by the end of April 2022, despite the fallout of its invasion of Ukraine. Recent reports now suggest the second squadron’s delivery was delayed till the second half of July 2022.

There are conflicting reports about the deployment locations for the remaining squadrons. While some reports claim India will allocate them exclusively in the eastern sector, there is a likelihood that one would be based in Gujarat (western sector) also.

Missiles in any S-400 battery can consist of the following variants:

Confirmed information about the assortment of missiles that will be in use by the IAF is not available. According to one report, the very long-range variant is part of the package, and two Indian teams were already trained last year in Russia.

If we assume that the IAF’s S-400 squadrons will be equipped with all four variants of missiles, a launch from Adampur AFS can engage aerial targets (aircraft, missiles etc.) in Punjab, Gilgit Baltistan, Azad Jammu & Kashmir, and perhaps some parts of Sindh. More importantly, the very long-range variant (if made available by Russia) could strike Pakistan Air Force’s F-16s at Central Air Command/Sargodha in just over a minute. 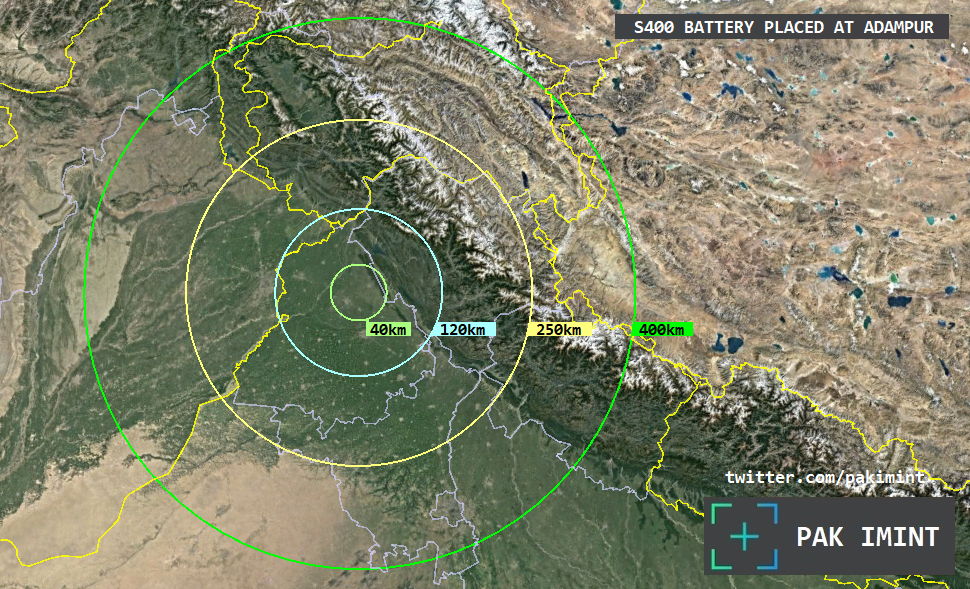 The main takeaway from the above is that the IAF’s stated plan for the activation of an S-400 squadron in Punjab faced only slight delays because of the Russia-Ukraine conflict. If we assume the second squadron reached India by August 2022, it could become operational by February 2023.