The Barak 8 is a Surface-to-Air Missile (SAM) developed by a consortium of Israeli and Indian enterprises, spearheaded by Israel Aerospace Industries (IAI) and India’s Defence Research & Development Organisation (DRDO). The missiles are produced by India’s state-owned Bharat Dynamics Limited (BDL).

The Barak 8 weighs about 275 kg, 4.5 m in length and has a diameter of around 0.54 m. Its total weight includes a 60 kg warhead that detonates at close proximity to the target. The missile speed itself has a maximum speed of Mach 2, with its targeting range going from 70 to 100 km. 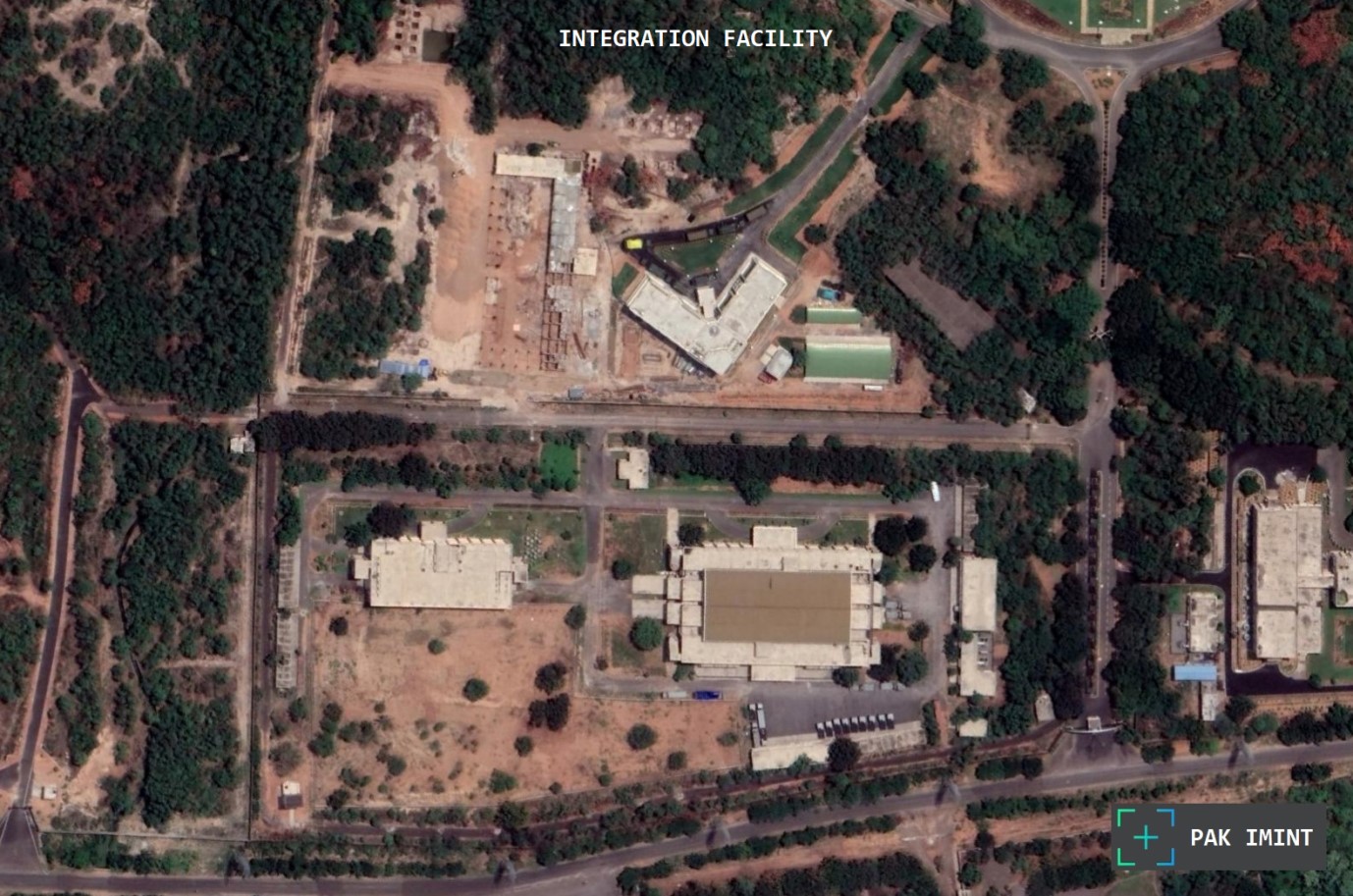 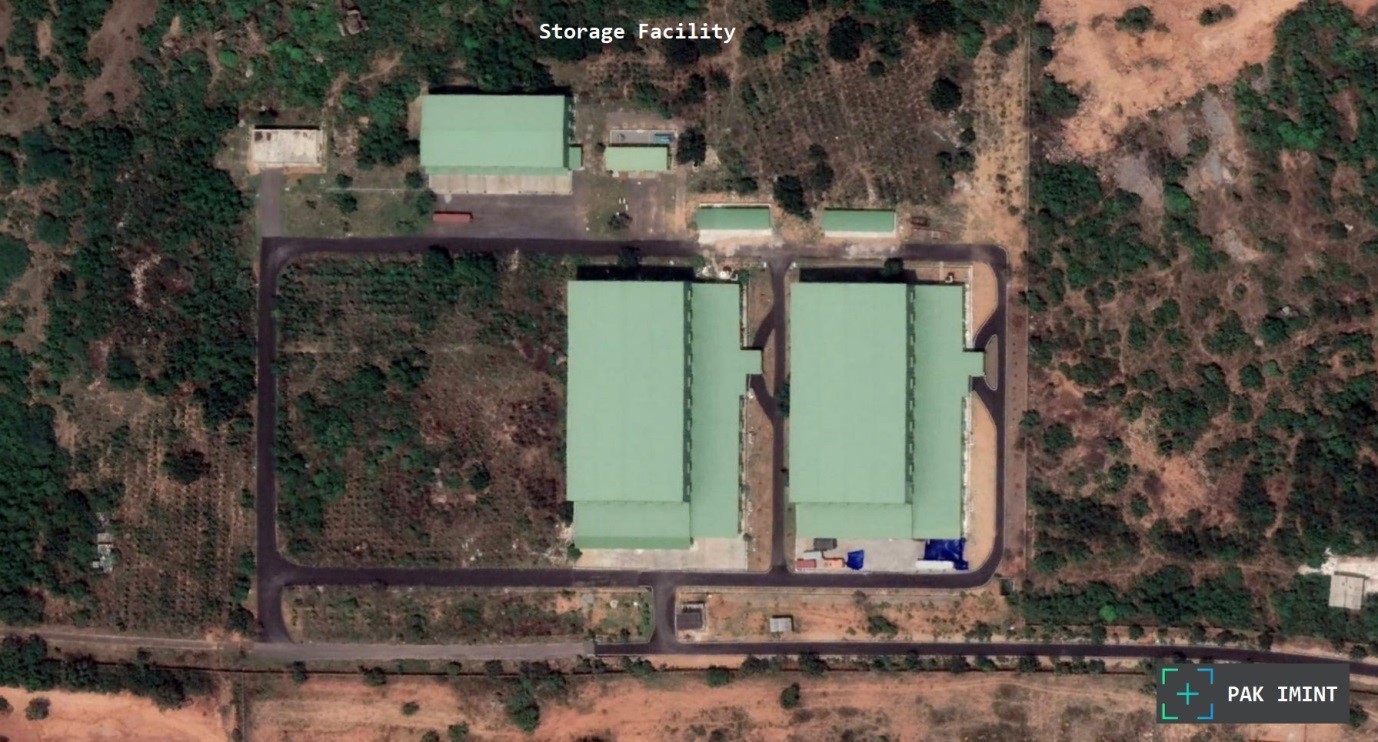 Satellite imagery from January 2020 shows a prototype Barak 8 battery of the Indian Army at RCI, which was tested a year later off Odisha (the Army uses 8×8 launchers while the Air Force uses trailers). In May 2021, similar components along with multiple radars were observed in large numbers, indicating a surge in planned inductions. 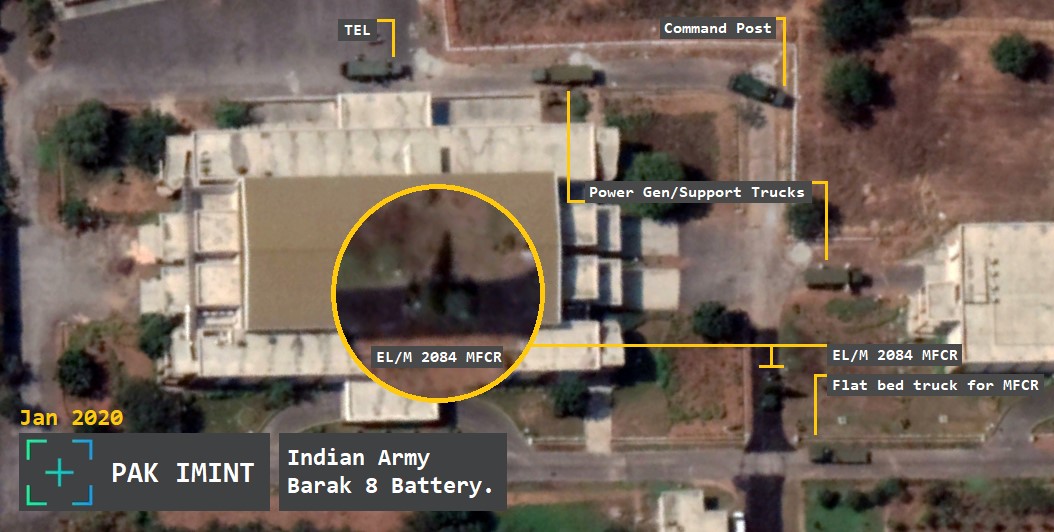 A comparison image below shows deployed versus the non-deployed status of the Israeli EL/M 2084 Multi-function Fire Control Radar (MFCR) at RCI’s Storage Warehouse.

In January 2019, EL/M 2084 MFCRs maintained by Indian Air Force were parked for field testing at RCI.

By May 2021, these components were visible in large numbers, indicating that the first batch will be inducted soon.

This assertion can also be corroborated by a high-level Indian Air Force delegation visit to RCI in January 2021. One of the group photos during the visit shows India Air Force Vice Chief of Air Staff Air Marshal Harjit Singh Arora with Barak 8 components visible in the background. The Indian Air Force press release on the visit mentioned that the Air Marshal undertook a review of MRSAM systems (Barak 8) that would be inducted “soon”. 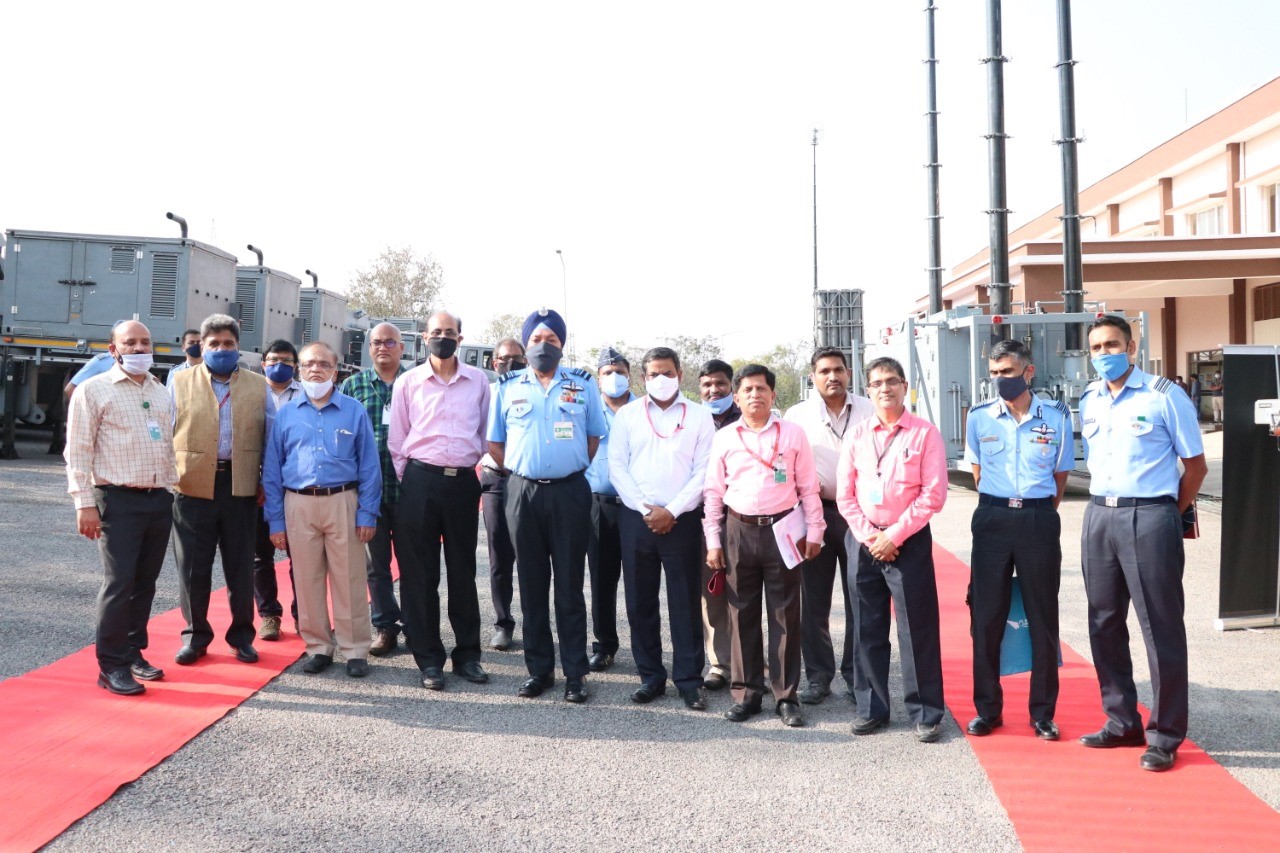 Pending formal induction, these Barak 8 batteries are stored at the RCI Storage Warehouse.

On the maritime front, Barak 8 LRSAMs would be installed aboard seven surface warships of the Indian Navy, including Visakhapatnam-class guided-missile destroyers, Kolkata-class destroyers, Kamorta-class anti-submarine warfare corvettes, and the future Project 17A class of stealth frigates. It will also be installed aboard the INS Vikrant, India’s first indigenously built aircraft carrier. Four Indian Navy ships are already fitted with these LRSAM systems. The final production batch of the Indian Navy’s LRSAMs was flagged off in February 2021.

Chronology of Indian Armed Forces’ Interest in the Barak 8

2006: DRDO signed a joint venture with IAI to develop Barak 8 systems. Then Indian Chief of Naval Staff Admiral Arun Prakash disclosed that Barak 8 would arm all future principal surface combatants of the Indian Navy. This was followed with interest by the Indian Army and Indian Air Force leadership, who were wary of DRDO’s inability to develop land-based Akash Mk2 MRSAM.

2009: India signed a contract worth $1.1 billion to procure Barak 8 systems for the Indian Army.

2016: India test-fired the land-based version of Barak 8 from Integrated Test Range (ITR) Odisha on four occasions (twice in June, once in July and once in September). Reportedly, these tests were for the Indian Air Force.

2017: Indian Navy test-fired Barak 8 missiles from INS Kochi on two separate occasions (once in May and once in November).

2019: Indian Navy test-fired Barak 8 from INS Chennai. IAI signed a deal worth $93 million to provide MRSAM variants of Barak 8 to the Indian Navy.

Satellite imagery analysis points to the high likelihood of Barak 8 battery inductions by the Indian Army and Indian Air Force in the immediate future. The continued failure and lack of confidence in the indigenous Akash systems appear to have played the role of catalyst. The issue is exacerbated further due to New Delhi’s ongoing territorial dispute with Beijing.

As of March 2021, the first MRSAM batch for the Indian Army and Indian Air Force has already been rolled out. These were developed by Kalyani Rafael Advanced Systems (KRAS), a joint venture between Indian company Kalyani Group and Rafael Advanced Defence Systems of Israel.

Regarding the deployment of EL/M 2084 radars, the Indian Air Force will exercise greater interoperability as it is already handling these systems at more than 16 fixed sites for general area surveillance across India.