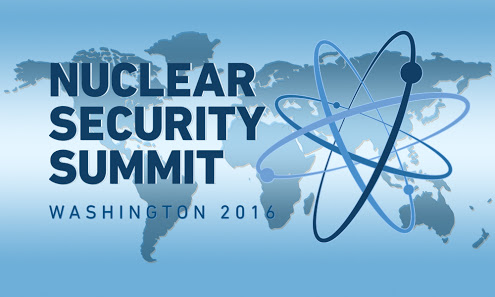 Throughout the course of history, war and conflict have been a recurring theme. It may not be wrong to say that power is a force of history and that wars have been fought to perpetuate and augment power. Wars have changed drastically in nature, scope and the mechanics involved in it. Wars have resulted in unifications, breakdown of empires, revolutions and new scaffolds.

Treaties and Peace accords were tried and tested to usher in peace, but since the rules of engagements were contrived by the powerful, peace was transient and resentment caused a turn of events. It brought about a fervor of nationalism.

Weapons happen to be the mainstay of combat. The weapons are becoming deadlier, precise and sophisticated by the day. So have the strategies and tactics to deploy them. Though not a weapon for combat as such, the advent of the nuclear weapon has impacted war in more ways than one. The bomb was used in the fateful summer of 1945, which showed the colossal destruction that it could cause. The ultimate weapon has figured in prominently in war strategy. Moreover, it adds to the country’s power profile.

The second Great War left the world amidst another war, albeit “Cold” in nature, where marching squadrons were supplanted by appeasing financial aids and taking sides in theatres like Korea and Vietnam. One of the balancing tools in the superpower rivalry between USA and USSR was the fierce arms race. Both camps were armed to the teeth in the nuclear and conventional weapons. According to the Deterrence Theory, a nuclear force makes war a costlier affair for the enemy.

The initiator of a nuclear arm race aims to increase preponderance over its adversity, while the respondent does it to maintain a balance. The Indo-Pak nuclear rivalry depicts the exact situation. There are arguments aplenty in favor of having a nuclear force with all its ability. A cursory look at the Indo Pak theatre clearly shows the restraint that a bomb causes on upping the ante. However, nuclear armament is deemed as risky and cumbersome. Hence, international organizations like the UN came up with a vision of nuclear disarmament and nuclear nonproliferation.

The United Nations Office on Disarmament (UNOD) is dedicated towards fulfilling the aim of a nuclear weapon- free world. The Conference on Disarmament was established in 1979 as a forum which discuss matters relating to a halt in arms race and nuclear disarmament .

Pakistan has been given presidency of the conference after a lapse of 11 years and it has reaffirmed its commitment towards disarmament. Domestic exigencies following the tragic incident in Lahore, compelled Prime Minister, Nawaz Sharif to skip the conference. Special representative Tariq Fatemi will partake in the all-important conference. Pakistan in all certainty will reassert the need to mitigate the incendiary forces of going nuclear. Indeed, threats necessitate the need for cushions and internal balancing.

One needs to understand that arms reduction treaties are good steps to curtail the spread of Weapons of Mass Destruction (WMD) but there are pitfalls in them when the terms are dictated by the big powers. It is a diplomatic battle to cobble up signatories. This is primarily due to the fact that states have varied reasons of going nuclear or aspiring to be a nuclear state.

The Non Proliferation Treaty (NPT) is deemed as discriminatory wherein there are little restrictions on the “Club of Five”. Moreover, the NPT and other such treaties are seen to be tilted towards the nuclear weapon states and is therefore a contributor towards paranoia. There are two things that needs to be introspective in detail. Is disarmament possible? Is disarmament a harbinger of peace or does it precipitate likelihood of a general war?

The defense of territory is perhaps the most imperative of the few vital interests. As mentioned, a state inducts a nuclear layer in its defense matrix to raise the cost of war for its adversary. Indeed, strengthening the military muscle builds up the clout of a state. Two intense nuclear rivalries: US-USSR and Indo-Pak are different in nature, and for the purpose of understanding disarmament.

The partition of India was consummated in a fashion which left the new states of India and Pakistan to contend with the Kashmir imbroglio, amongst many small crises. In the course of the conflict, Pakistan bring a relatively weaker state fended off the Indian offensives in skirmishes and the war in 1965. However, the gulf came to the fore in 1971. The conventional imbalance and Indian nuclear capabilities necessitated a Pakistan response. The conventional imbalance and the conflict continues to mar friendly ties and hence both have a nuclear force at their disposal.

This milieu as a case in point suggests that both South Asian countries have no reason to dispossess themselves of nuclear forces. Maintaining an arsenal gives India a power status, but it gives Pakistan a security cushion. Conflict resolution in all earnestness would be the first step towards disarmament if you look at such a tiff.

Similarly, fears of Iran going the nuclear way cannot be removed by accords. Nuclear nationalism became a cornerstone of the Iranian policy decades ago. The likelihood of them beating the teeth will remain cogent as long as regional tensions and their historical apprehensions are not done away with.

The devastating effect of a nuclear strike perhaps cannot be quantified. This has caused two things to happen. One that nuclear weapon states can assert themselves on its adversaries with mere possession of a device. This makes the enemy cautious, but it also makes the nuclear state as hawkish, and in a favorable position to launch a conventional or a sub conventional war. However, the strategic leverage of the state can be neutralized if its nemesis also develops an arsenal of its own. This would bring in a policy of restrain even if the state has an upper hand in the conventional realm.

Peace is highly coveted but it has peace sans a sense of security is a prelude to war. Nuclear disarmament and Peace are not correlated as evidenced by history, but what modern history tells us is that the possession of nuclear weapons has time and again averted war.

Conflicts must be resolved to ensure peace. If conflicts are not resolved then a balance or even its semblance can help achieve harmony.

is Research Associate at the Center for Security, Strategy and Policy Research, University of Lahore.