Pak-Israel Maritime Security Engagement in the Context of Abraham Accords

IMX is the world’s largest international maritime exercise held from 30 January till 17 February 2022. It aims to promote interoperability, cooperation and training between participating countries to form a maritime coalition under a defined Command and Control (C2) structure to ensure freedom of navigation and the free flow of maritime commerce. 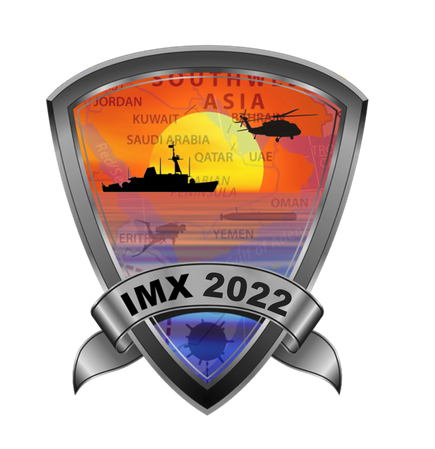 Approximately 50 countries are slated for participation in IMX22. Pakistan Navy is among the regional forces with confirmed participation; however, further details about participating personnel and assets remain shrouded in secrecy. This silence is particularly telling because it is for the first time that Israel Navy is also participating in IMX22.

The recent participation of Pakistani and Israeli navies in a common platform occurred during Exercise Sea Breeze 2021 in the Black Sea region. But Pakistan Navy was simply an observer, and the US Sixth Fleet organised it.

Amir Oren, a senior Israeli military affairs reporter and commentator, adds that Cooper has struck “a particularly warm bond” with Rear Admiral Daniel Hagari, Israel Navy’s Director of Operations. Due to concerns of conflict emerging in the European and Indo-Pacific theatres (vis Ukraine and Taiwan, respectively), NAVCENT had temporarily lost an aircraft carrier task force and other operational assets. Reportedly, to deal with any emergency conflict preparedness, Cooper expressed his reliance on mobilising support assets from the United Kingdom (UK), France, Pakistan and Israel.

Oren says that IMX22 was one of the key subjects of discussion during Cooper’s meeting with Israel Navy chief Vice Admiral David Saar Salama. The meeting was facilitated by Captain (Navy) Katie Sheldon, the US Navy’s Liaison Officer in Israel, who previously served as the Chief of Staff at the Coalition Task Force (CTF) Sentinel, the operational arm of International Maritime Security Construct that aims to deter and defend against state-sponsored malign activity (primarily from Iran).

For Pakistan to cite “brotherly ties with Iran” as a reason for abstaining from regional naval manoeuvres would be counterproductive for military adaptability and would transform Pakistan into an “oddity” among the Arabs and Central Asian Republics.

The focus on deterring Iranian aggression is not a new development. It is the top-most priority for United States Central Command (USCENTCOM), as enunciated in the Posture Statement by its Commander, General Kenneth F. McKenzie Jr, before the Senate Armed Services Committee in April 2021.

In the recent past, Iran has waged coordinated attacks against the US and allied interests in the region, particularly through its Houthi proxies in Yemen. A recent attack on the Emirati capital had its eyes on Al Dhafra Air Base, which was intercepted through joint US-UAE air defence efforts. In their commentary for the Middle East Institute, former USCENTCOM Commander General Joseph Votel et al. stressed that the US is placed in the unique position to establish a sophisticated regional enterprise (comprising both military and non-military elements) that can counter the growing threat of Iranian proxies:

“We have to nip this Iranian tactic in the bud before things really escalate — or next time we might not be so lucky, and those missiles could lead to significant casualties. This is not just about defending our partners, as crucial as that responsibility is. This is about protecting our own military and diplomatic personnel in the region, as well as our core interests in that still vital part of the world to global commerce and international security.”

Salama mentioned several months ago that the Israel Navy was developing a joint yearly plan with NAVCENT. He further expressed confidence in Cooper’s initiatives as follows: “The Fifth Fleet, and its people, are committed to the security of the State of Israel, and we are mutually committed to them”.

Task Force 59 in the Maritime Arc of Deterrence

The growing convergence between Israel Navy and regional navies through NAVCENT will manifest beyond conventional maritime security exercises toward enhanced technological collaboration, particularly in the domain of unmanned systems and artificial intelligence.

On 9 September 2021, NAVCENT established a new task force, Task Force 59 (TF-59), to integrate new technologies with maritime operations in regional waters. Cooper stated that TF-59 “would rely heavily on regional and coalition partnerships”. Its inaugural commander, Captain Michael D. Brasseur, is an expert in maritime robotics. It was announced that TF-59 would provide NAVCENT with the opportunity to conduct a real-world simulation of human-machine teaming technologies.

The TF-59 currently maintains two hubs, one in Bahrain and the other in Port of Aqaba, Jordan. In fact, the latter has been designated as the hub for NAVCENT operations in the Red Sea area. These collaborations have promoted stronger maritime defence relations between the US and its regional allies bilaterally and also in multilateral settings (US-Jordan-Bahrain interest).

Members of the Jewish Institute for National Security of America (JINSA)’s Abraham Accords Policy Project conducted a high-level fact-finding mission to Bahrain, Israel and the UAE in late 2021 to examine new cooperation opportunities. Among its members are three former Commanders or Deputy Commanders of the USCENTCOM theatre.

In its findings, the panel recommends advancing the mandate of the Abraham Accords to incorporate more partnerships through the appointment of a US Special Envoy for Normalisation. JINSA advocates legislation of an Abraham Accords Defence Cooperation Act that could lead to convergence of interests against the threat of Iranian missiles and Unmanned Aerial Systems (UAS).

The core area of defence cooperation is through NAVCENT. Experts at JINSA advocate the prioritised appointment of an Israeli liaison officer at NAVCENT (Bahrain). Panellists believe that incorporating Israel Navy in the Combined Maritime Forces (CMF) of NAVCENT would help foster relations with countries with which Israel still does not have diplomatic relations, including Pakistan and Saudi Arabia.

More importantly, the fact-finding mission argues that Israel-Saudi normalisation through US mediation would be “the big historic prize” and “offers the greatest opportunity to consolidate, legitimise, and expand the Accords”.

Experts at JINSA argue that the US can help create an “arc of stability” from North Africa to the Indian Ocean through interconnected multilateral coalitions not just within CENTCOM but also with strategic partners such as Greece, Cyprus and India.

Such a predicament would not be difficult to imagine in view of the US, UAE and Israel’s growing strategic convergence with India to form a new “quad“. If this military-strategic coalition comes to the fore, the space would be open for India (a non-CENTCOM member) to exert influence while leaving Pakistan as the usual onlooker.

Pakistan Navy is a member of two out of the total three Combined Task Forces (CTFs) in the CMF:

Interestingly, since their inception, post 9/11, Pakistan has led both CTF-150 and 151 for the highest number of occasions (12 and 9 times, respectively); it was recently appointed to lead the CTF-150 again. The JINSA fact-finding report, while examining the possibility of Israeli inclusion in CMF, proposes initial participation in CTFs 150 and 151 before making its way into CTF-152, which is geographically closer to Iran.

The larger question looming over Pakistan is the extent to which it would first be able to acknowledge participation in IMX22 alongside Israel. Pakistan enjoys close military and defence relations with both hubs of TF-59 (Bahrain and Jordan). Will it capitalise on these relations to establish communication channels with the IDF or rely on Arab mediation?

Unless Pakistan intends to conduct a geostrategic rethink contrary to the US objectives in the region (highly unlikely given the language in the recently passed National Security Policy), charting a standalone course within NAVCENT at the expense of larger relations with coalition partners would be counterproductive. Eventually, Pakistan will need to swallow the bitter pill and begin officially acknowledging interaction and communication with Israeli members in CENTCOM.

Pakistan’s security policymakers will first have to educate national lawmakers about the fact that military-level engagement under a multilateral banner does not equal diplomatic recognition.

Furthermore, in the foreseeable future, Pakistan may even be nudged to accept Israeli observers (if not participants) in upcoming iterations of the Pakistan Navy’s multilateral AMAN (Peace) naval exercises held in Karachi. Pakistan has the right to turn down such propositions, but that would only add to its exclusion from discussions steered by the US. Such a vacuum would be readily filled by the Indian security establishment.

Although Pak-US military cooperation extends to all armed forces (air, land and sea), the foundation of security cooperation against Iranian aggression lies in the maritime domain. It will place regional navies in the spotlight compared to the traditionally-dominant land forces.

Countries such as Qatar and Oman have been participating in IMX and have a comparatively passive orientation toward Iran. Their share in military best practices and honing technological advancements under CENTCOM do not impede their cordial relations with Tehran. Thus, for Pakistan to cite “brotherly ties with Iran” as a reason for abstaining from regional naval manoeuvres would be counterproductive for military adaptability and would transform Pakistan into an “oddity” among the Arabs and Central Asian Republics.

For starters, it contradicts the inherent desire within Pakistan’s security establishment to balance ties between the US and China. Pakistan can reduce the hype around increased purchases of Chinese defence equipment and send positive signals to Washington by leaving the floor open for selective military engagement with Israel within a US-managed umbrella.

For this, Pakistan’s security policymakers will first have to educate national lawmakers about the fact that military-level engagement under a multilateral banner does not equal diplomatic recognition.

In 2016, Pakistan Air Force (PAF) jets participated alongside Israeli, Emirati and American counterparts in Exercise Red Flag over US skies. There was no further participation by Pakistan in future iterations, but India benefited by being included in Exercise Blue Flag held in Israel (alongside the UAE, among others). Today, the Indian Air Force has already substituted PAF in air exercises held by CENTCOM.

Participation in IMX22 will not only afford Pakistan Navy the opportunity to witness the potency of unmanned naval warfare assets held by NAVCENT but also take back valuable lessons to boost the functional capabilities of its own Task Force 88 (TF-88) that uses both manned and unmanned equipment to provide coastal security for the China-Pakistan Economic Corridor (CPEC).

The Abraham Accords signalled a new era of political and military cooperation between Israel and Arab countries (through US mediation). It places Pakistan in a conundrum, where it can either cede space for India to fill the regional security vacuum binding the Red Sea to the Arabian Sea or risk internal political meltdown on merely sharing a platform with Israel.

Israel has long been the elephant in the room for Pakistan’s political and military elite. The sooner it is addressed, the easier it will be to prepare citizens for some uncomfortable transitions in “national interest”.