The Royal Australian Navy (RAN) conducted the fifteenth edition of Exercise Kakadu (KA22) from 12 to 24 September 2022 under the theme of “Partnership, Leadership, Friendship”. It is a flagship biennial multilateral naval exercise held by the RAN, which is supported by the Royal Australian Air Force (RAAF). Like most standard maritime exercises, KA22 was divided into a harbour phase and a sea phase. With reference to the former, a Fleet Commanders Conference was held to discuss “important issues of shared interest to the region”, as tweeted by Rear Admiral Jonathan Earley, Commander Australian Fleet. A closer inspection of the photo attached to the tweet shows the presence of Vice Admiral Ovais Ahmed Bilgrami, Commander Pakistan Fleet (COMPAK). 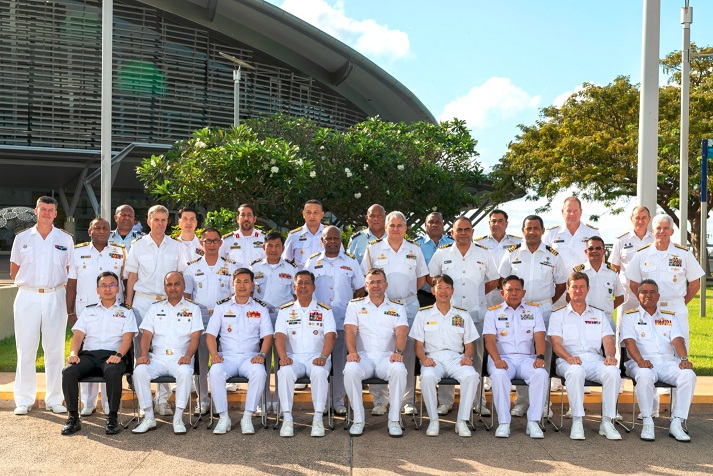 Vice Admiral Bilgrami in the front row, second from left.

Another set of photos tweeted by the RAN show two young Pakistan Navy officers (likely staff officers) present during the welcoming address for KA22 by Commodore Paul O’Grady, Commander Flotilla. These photos confirm that Pakistan Navy was officially a part of KA22; however, the same has not been publicised or acknowledged within Pakistan. 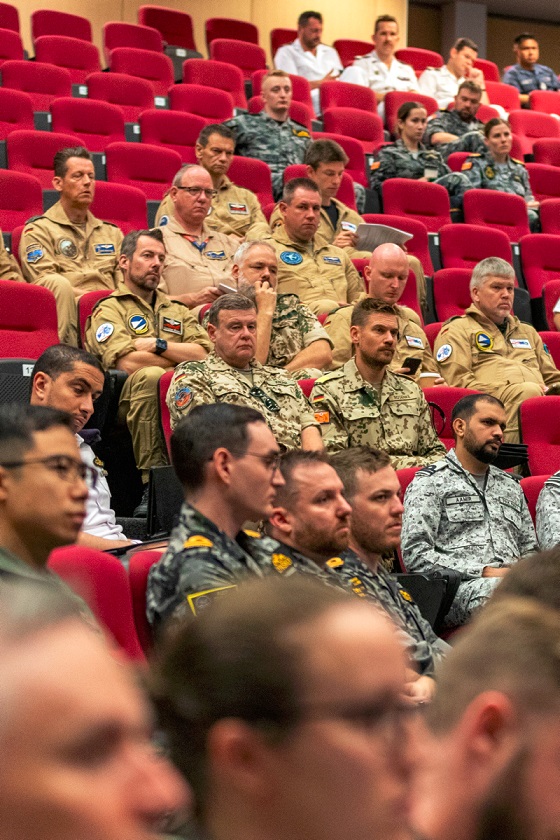 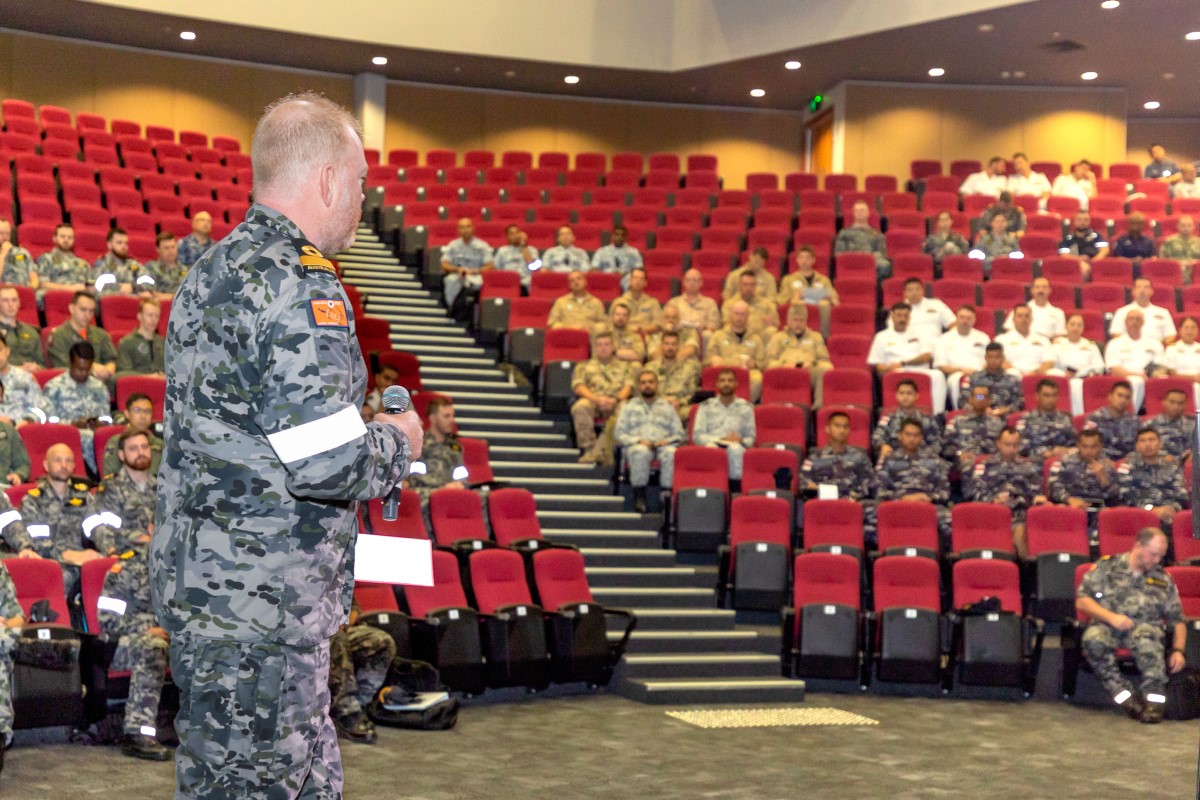 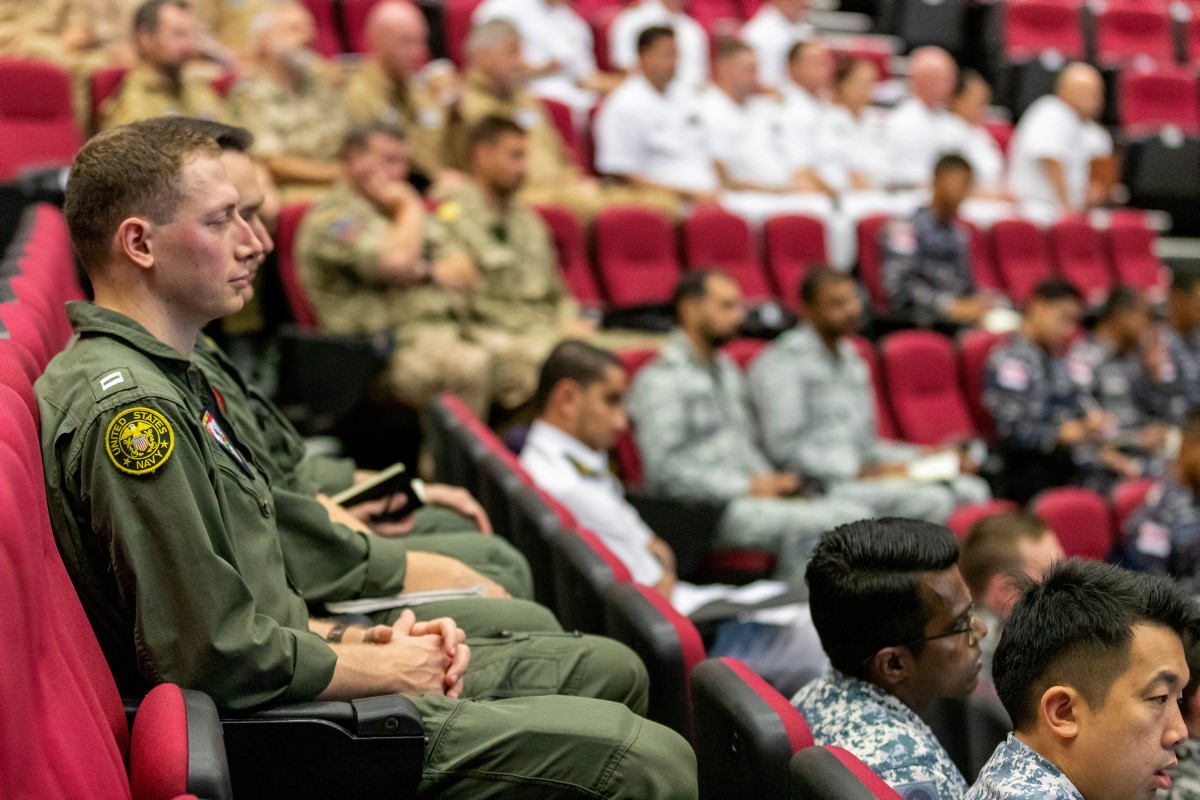 There could be a number of factors behind keeping Pakistan’s participation a hushed affair, primarily apprehensions of upsetting China, with which Pakistan enjoys an all-weather strategic cooperative partnership.

China participated for the first time in the 2018 edition of Exercise Kakadu (with frigate Huangshan), but the next iteration due in 2020 was cancelled because of COVID-19. During these years, a number of confrontations between the RAN, RAAF and their Chinese counterparts prompted a rethink within Australia; thus, the People’s Liberation Army Navy (PLAN) was not invited to KA22. RAN leadership maintains, however, that the standoff with PLAN is not as aggressive as that between the RAAF and Chinese air defence managers.

Secondly, most of the vessels participating in the sea phase of KA22 are part of extended “Indo-Pacific” deployments. For example:

Certain segments of the mainstream media in India were projecting KA22 as some sort of a “message” to China. Such optics would certainly not bode well for Pakistan, which does not explicitly acknowledge the “Indo-Pacific” construct, nor does it intend to spoil relations with its strategic ally.

The Chinese have frequently expressed concerns about poor security for economic projects, including strategic investments that will uplift the geoeconomic potential of Pakistan’s coastline, particularly the Gwadar Port, which have pushed Islamabad to convene security meetings on the China-Pakistan Economic Corridor on a monthly basis.

Pakistan is not a newcomer to Exercise Kakadu. It has been participating for years, even before the US and its Quad partners floated the concept of a “Free and Open Indo-Pacific”. Its oldest reported participation was in the ninth edition of the exercise held in 2008, featuring Pakistan’s Navy replenishment tanker PNS Nasr.

Participation of assets (surface and aviation) in the 2010 and 2012 editions is not known. We do know that PNS Nasr participated in 2014, but it turned into a debacle after a Pakistan Navy sailor reportedly deserted, was traced after much effort and finally returned to Pakistani authorities. This incident sparked unfavourable international media reporting.

The presence of a Pakistani flag officer in the commanders’ conference, no less the incumbent COMPAK, suggests Pakistan is sustaining its naval engagement with Australia while being mindful of its exceptional relations with China.

Two years later, observers spotted a P-3C Orion MPA from Pakistan Navy’s No. 28 Squadron (P3C Maritime Strike Squadron) participating in Exercise Kakadu 2016. It is not known whether any surface vessel had accompanied.

There was a marked difference in the 2018 edition of Exercise Kakadu. Apart from China joining for the first time, the Indian Navy was also a newcomer, having sent its stealth frigate INS Sahyadri. Similar to the INS Satpura, the INS Sahyadri had embarked from the US and Pacific after participating in MALABAR and RIMPAC multilateral exercises. It is not known whether any assets participated from Pakistan’s side.

Thus, KA22 was the second occasion in which the Indian Navy participated in Australia’s largest multilateral maritime exercise, which included Pakistan. Open source intelligence scans and media reports do not indicate the presence of any Pakistan Navy asset. It is believed that participation was most likely in the status of observer.

The presence of a Pakistani flag officer in the commanders’ conference, no less the incumbent COMPAK, suggests Pakistan is sustaining its naval engagement with Australia while being mindful of its exceptional relations with China.

Pakistan maintains historical relations with Australia, including through sports and the Commonwealth of Nations. It would certainly be unwise to discontinue this networked engagement. Islamabad’s deft naval diplomacy notwithstanding, the idea to keep the interaction under wraps could have been reconsidered, especially since Pakistan has been a grand host to multiple competing actors in its own multilateral AMAN exercises and could have used KA22 for its own image building.

Conversely, keeping the matter somewhat of a “hushed affair” could send the wrong signals. Unfortunately, Pakistan has not come out openly regarding its state policy on the so-called “Indo-Pacific” construct. In such circumstances, being more transparent is always helpful.