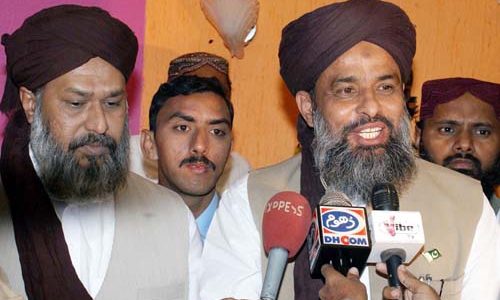 The concept of re-taking the mosques and madrassas defined their main motto, which was  ‘Jawaniyan lutaaingai, masjidain bachayeingai [We will sacrifice our lives to protect our mosques]. It is part of the Sunni Ittehad Council, an alliance of Barelvi political parties. In 2009, the group’s leader, Muhammad Sarwat Ejaz Qadri, also formed the Pakistan Inquilab Tehreek as a political wing of the organization.  In 2012, the party was converted into a political party with the name of Pakistan Sunni Tehreek (PST)