Romancing the Middle East: American struggles in the Arab World 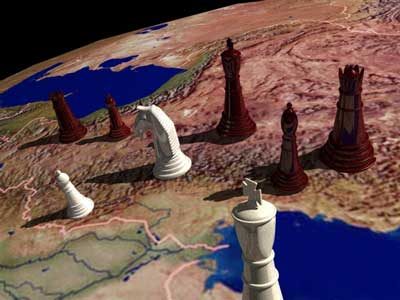 Of the current foreign policy challenges faced by the US, the Syrian crisis has become the defining humanitarian and political emergency: a brutal cocktail of ruthless dictatorship, communal sectarianism, and global and regional power plays. Among other reasons, the cancer of this conflict has metastasized into neighboring Arab nations and the core of Europe. More alarmingly, it is poised to undermine the West’s peace-stabilizing efforts, destabilize the Middle East for a generation, and threaten the integrity of US intelligence. The Syrian crisis is the most serious because there is most pressure to escalate US intervention.

For Washington however, the traditional American Middle East policy has not been a failure: the US has won the Cold War, propelled Israel to be a significant power, and protected Arab oil reserves. But the current international and humanitarian responsibilities require policy-makers to have a hard look in the mirror, desperately demanding a change of strategy, as well as of heart, in Washington.

Since the 1980’s,  when  Carter declared  that  the Persian  Gulf was  vital  to  the US  and  any power interfering in the region was trampling on American interests, the US policy in the Middle East has been America’s most consistent policy strand: promiscuous military campaigns, be it to protect allies and US strategic interests, or guard the oil reserves, support the Arab states or fight terrorism. Ambassador Chas Freeman aptly describes why the Middle East is still the key area of interest for the US. “In foreign affairs, interests are the measure of all things”. He points out that “the Middle East is still where Africa, Asia, and Europe meet”, therefore, the “strategic chokepoints and the geographic axis of the world’s transportation routes” lie in the region, making it integral to “US global power projection”. Hence, “a decision to write off the region is a decision to go out of business as a world power”. And of course, the Middle East is “still where two-thirds of the world’s oil is located”. For American success in the Middle East, what is required is an honest appraisal of US foreign policy and its efficacy in the region. Currently, there are no bright prospects of this happening in the near future, especially as there appears to be no serious demand for this from the most critical stakeholder: the American public.

When a state pivots towards one region, it has to pivot away from another. The US is pivoting towards South Asia but has been unable to pivot away from the Middle East. What further compounds the Syrian problem is that the US has still not figured out who is its enemy in Syria. All its allies seem to have different enemies and the ensuing infighting propels distrust, making it hard to translate policy into successful ground action. Furthermore, a state with no credible enemies is still vulnerable to ruin by allies, particularly by those partners who immensely distrust each other. It is hard to deduce how many wars the US is fighting in Syria alone. There are US versus Assad, the US fighting ISIS, US competing against Iran, and so on. But arguably, Syria is just the theatre that allows the US “to grease a few Ivan”. Russia has emerged as a major opponent, playing a seasoned politico-military hand in the region and making it particularly difficult to coordinate the anti-ISIS coalition. What is needed is for the US to broaden its diplomatic contacts, envision other stakeholders’ interests, and recognize that Russia and Iran pose little to no direct threat to the US, especially compared to ISIS. Washington must realize that Western threat assessments against the Russians may inflate to fill the policy agendas whose budgets or depend on them.

For  its  part,  Russia  seems  unable  to  deliver  holistic  compliance  from  Damascus.  For instance, coordination between Moscow and Damascus on the Cessation of Hostilities (COH) appears particularly weak. More critically for the US, although, Russian overarching goals still center on keeping Assad in power, Russian objectives do not currently align with Damascus’ goal of retaking all of Syria. Russia appears to be facing, albeit on a smaller scale, a similar coordination issue with its allies as the US has been facing. Additionally, Moscow has to employ significant political capital to pressure Assad to respect the COH. Therefore, American modus operandi in Syria needs to include a closer examination of the relationships between Russia, Iran, and even Turkey, since their choices will have immediate effects on the ground and will decide the balance of power around Damascus.

Ultimately, Washington should use the Moscow-Damascus lack of consensus to make clear that Assad is the root cause of the crisis and a “magnet for foreign fighters”. This particularly means impressing on Russia and Iran that whole-hearted backing of Assad does not serve their national interests. For example, as Robert Ford, the former US Ambassador to Syria points out, Chechen fighters are “learning tricks of the trade in Syria” while the conflict gives al-Qaeda “space to operate on Iran’s doorstep”. Including Moscow and Tehran in constructive discussions will only consolidate Washington’s ranks and efforts against Damascus.

Additionally, despite the US being the single largest donor to Syrian relief efforts, public opinion in the region is still biased against the US. This was likely to happen when the underlying driving factors for states collapsing and the subsequent conflict were left almost untouched: millions of children are either still out of school or not learning anything while the bulk of the labor force in the present-day conflict zones is informal. These two factors continue to supplement each other. Most critically, US ground- action, even where necessary, has tended to hurt the common people, intensifying regional frustration and local revanchism. Take away Dubai or Doha and one is left with people living in an extremely stressful region, with no serious successful transformation into pluralistic regimes (Tunisia being the exception). The ongoing conflict’s fiercely sectarian and political nature has blurred the line between the civilian and the combatant, and this is what the US needs to divorce.

In all essence, the last 15 year trends of US policy in the Middle East have actually existed for the last 35 years. Albert Einstein famously remarked: “die einzige Quelle des Wissens ist die Erfahrung” (“the only source of knowledge is experience”). Since the 1980s, the US has had a healthy dose of instructive experience in  the  Middle  East.  How much  knowledge  Washington  has  gained  from  its  Arab ‘misadventures’ is however, debatable. The US needs to work with NATO, Russia, and most crucially, the Arab  states,  to  confront  the issues  generating terrorism,  and  not  just  the theology perpetuating terrorism.

The international politics in the region is complicated further by the emergence of the Iran nuclear deal. The Iran deal is very American and yet, quite un-American at the same time. It has opened up an avenue of conversation with Tehran, with the US recognizing Iran’s concerns and demands, and yet, US foreign policy has rarely employed such an approach.  People respond positively to countries treating them equally and acknowledging their needs (such as legitimacy, sustained economic growth, rule of law, government accountability, human rights protections, and national integrity). Although, relevant US rhetoric exists, concrete US policy has yet to touch these facets.

Interestingly, this deal is also tied closely to the regional public opinion of the US. Iran’s population is relatively young and in contrast to the Iranian government, this ‘young’ segment has not harbored strong anti-US feelings. However, this may change rapidly since, despite the Iran deal going forward, the younger Iranians are getting frustrated as the withdrawal of US sanctions has been slow and therefore, the deal affecting the lives of ordinary Iranian citizens has been slower. With Iranian elections due in June 2017, the US must be cognizant not to give the Iranians a reason to oust Rouhani’s moderates and return hardliners such as Ahmadinejad to power.

The mere fact that this discussion so far has involved countries other than the US, Russia and Syria represents that the Middle East is not just an arena of ‘superpower’ confrontation but also of a ‘regional’ showdown, with Turkey, Saudi Arabia, Iran and the numerous smaller non-state actors (including the Kurds and Shia militias) all active participants. Moreover, arguably, the most successful rebels have had an Islamist veneer while the secular coalition partners have tended to lag behind in success. The West, in particular, the US, must either come to terms with this observation or find an alternative to make the secularists more successful. The Syrians don’t want to live under Islamist rule no more than they want foreign occupation. The US needs to turn this into an advantage rather than a worry, this will bolster American public image in the Middle East.

There increasingly appears to be a clear division of DC policy elites and certain media segments on one side, propagating the traditional US foreign policy in the MENA region, and the rest of the country on the other end, demanding a more even-handed approach in engagements such as the Iran deal, minimal US military involvement and the Arab-Israeli conflict. To be fair to America, the world must recognize the emergence of this division and be cognizant of the partition between American people and American foreign policy. This dysfunctional divide is a structural problem, one that Washington would be wise to address sooner rather than later.

The Americans are decent individuals and a passionate people. However, the latter quality does make them compulsive activists. It is imperative that before acting on a situation, the scenario and the outcomes must be understood. If a country (be it a superpower) acts without first asking “Does this state need our intervention at all?” one may safely bet that the country will not like the results. The current predicament in the Middle East demands a strategy, rather than a mere military campaign, for understanding and defeating  Islamist  terrorists,  for  articulating  a  closure  for  the  conflict,  and  for  developing  the underpinnings of a functioning state. Without such a game plan, the war of attrition will be futile and the canonization of Syria will aggravate. Such an American vision should define and use the word ‘partners’ rather than ‘allies’, for the latter doesn’t fit American security relationships in the Middle East. Mutual obligations (such as protecting each other) between the US and its Arab friends don’t exist, hence making them ‘partners’ rather than ‘allies’. US-Arab relations are “transactional”, rather than being based on allegiance”.

Ultimately, the US must appreciate that being the world’s leading superpower; its mistakes in the Middle East are not measured in weeks or years but rather, in generations, as exemplified by the 2003 Iraq invasion. The adage “with great power comes great responsibility” perhaps fits the US most appropriately in these times of need and crisis. The US does significant positive work around the globe, far outdoing its European allies. Yet, it is not European efforts but US endeavors that the world questions. The next American Commander-in-Chief needs to recognize and address these shortcomings as US politics enter a new era.