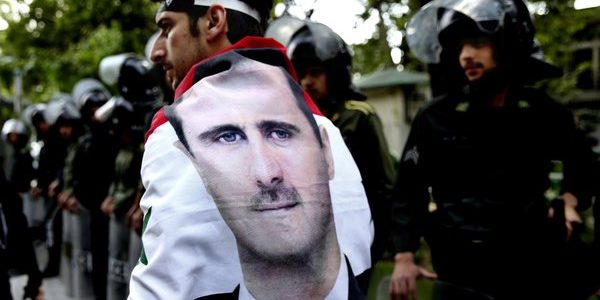 Undoubtedly, Syria has suffered from acute sectarianism, grappling with tumultuous religious polarization, particularly from the year 2011-12 onwards. Still in flux, the Syrian civil war has rippled across the regional landscapes, exacting a severe toll on the entire Middle East and enabling state and non-state actors alike to amplify Sunni-Shia partisanship. But is it illusory to characterize the sectarian nature and internal dynamics of the Syrian conflict as being fueled by neighboring Gulf States exploiting sectarianism to advance regional grounds? On the contrary, as it turns out, sectarianism is an adverse reverberation of the internal Syrian political deadlock, which has engulfed and entrenched Sunni-Shia passions across Syria and the Gulf states. The Syrian crisis has indeed witnessed sectarian patterns but only as a by-product of the original conflict.

The 2011 Syrian uprising was a key event that along with major revolts in neighboring countries manifested into the Arab Spring. With a tentative beginning, the initial demonstrators were unsuccessful in translating their protests into concrete, institutionalized political action. Soon enough, the anti-Assad revolts simmered and spiraled wildly, degenerating into civil anarchy. With the gulf between the various factions deepening, bridging the gap through a political solution became hard to imagine while zero-sum negotiations were more attractive. Interestingly, Syria is the epitome of presenting the singular scenario where the prevention of civil war through a change of leadership (e.g. as in Tunisia or Libya) may not have been sufficient. It is most likely that a new government would have been a mere further empowerment of the minority Alawite elites, still perpetuating the throes of war and making Syrian rebels a satellite to foreign opposition command.

With increasingly distinct sectarian camps pitted against each other, the “Syrian” conflict has fast deteriorated into a regional crisis with Damascus as the focal point. The pro-Assad Shia axis consists of Iran, Lebanon’s Hezbollah, the hordes of Shia foreign fighters, and the tacit backing of the Iraqi Shia government. Iran’s Supreme National Security Council’s leader, Saeed Jalili, has applauded this club as the “axis of resistance” against Israel and the West. The anti-Assad or Pro-Western Sunni bloc comprising of Qatar, Turkey, Jordan, the Lebanese and Iraqi Sunni opposition, is led by Saudi Arabia.