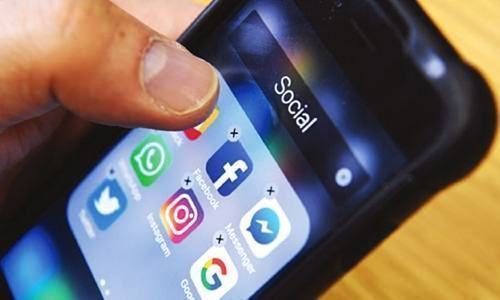 In nearly 72 years of an antagonistic relationship, the two nuclear-armed neighbours have engaged militarily four times in addition to a number of skirmishes and military stand-offs. However, the recent escalation between India and Pakistan was largely triggered by the weaponisation of social media.

On February 14, the Indian paramilitary force, Central Reserve Police Force (CRPF) lost 40 of its personnel at Pulwama in India-held Kashmir (IHK). Jaish-e-Muhammad (JeM) claimed responsibility for the most deadly insurgent attack on Indian forces in IHK in three decades. Following the attack, a sporadic proliferation of grotesque images of deceased CRPF personnel was witnessed on various Indian social media accounts.

A review of the most viral social media posts shows that the photos of the said personnel were doctored and mislabeled. Consequently, CRPF asked Facebook and Twitter to block any such content. In order to limit the proliferation of fake news across social media, the paramilitary force also established its own 12-member fact-checking team which debunked at least 20 stories.

The broadcasting of doctored and misleading images by several Indian mainstream channels amplified the impact of fake viral social media posts. These posts only served to antagonise the Indian public but also generated hatred towards Pakistan by calling for military retaliation against the arch-rival.

With the general election around the corner and a dismal economic performance on part of the government, Modi administration wanted to use the Pulwama attack as means to not only demonstrate its might and muscle against Pakistan, which was blamed for sponsoring JeM, but also avenge CRPF personnel who lost their lives in the attack.

Fast forward to February 26, Indian planes violated Pakistan’s airspace when they ventured into the Balakot area of Khyber Pakhtunkhwa and claimed to target a JeM training centre, allegedly  killing a ‘large number’ of terrorists. However, international media reported that apart from damage to the flora and fauna, more specifically some trees and a crow, there were no other fatalities resulting from the Indian strikes.

Irrespective of whether India failed or did not launch precision strikes, Modi government projected Balakot strikes in such a manner as to increase its prospects of winning the upcoming general elections. With the strategic balance reversed, Pakistan did not wait too long and responded by launching its own strikes in IHK by targeting barren land, restored the said balance. Following Pakistani strikes, a dogfight between Pakistan and Indian planes resulted in the downing of two Indian planes and the capturing of Indian pilot Wing Commander Abhinandan Varthaman.

In the most tense military engagement since 1971, India reportedly wanted to reply to Pakistani strikes by launching missiles against Pakistan. Islamabad asserted itself in no uncertain terms that any missile strike against itself will be replied back with three times the force. The intervention of international powers and several GCC countries in addition to the release of Indian pilot Abhinandan resulted in de-escalation between the two countries to a great extent. However, India did not reciprocate and a few days later its submarine was spotted attempting to intrude into Pakistani waters.

A review of social media usage across both countries demonstrates that the following objectives were being pursued during the conflict:

The table below presents an overview of the number of fake news which were shared across both online and offline platforms. 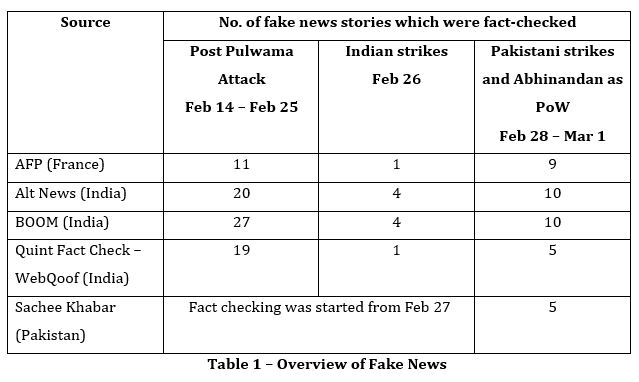 (Note – Only those news stories have been counted which were fact-checked in the given time period. There is a repetition of fact-checking in some stories by various fact checkers so a definite number of fake news stories shared cannot be provided.)

Experts have implied that both countries came close to an all-out war because of such an unprecedented proliferation of fake news. The fake news was nurtured by social media, which become a hotbed of unverified written and visual content. Another significant factor which assisted the proliferation of fake news was the information vacuums that ensued and in turn lead to conflicting accounts provided by both countries. However, the Pakistani government and military officials emerged superior in the battle of narratives. Unlike Indian officials they kept local and international audiences abreast of the prevailing situation and did not deflect any question directed towards them. 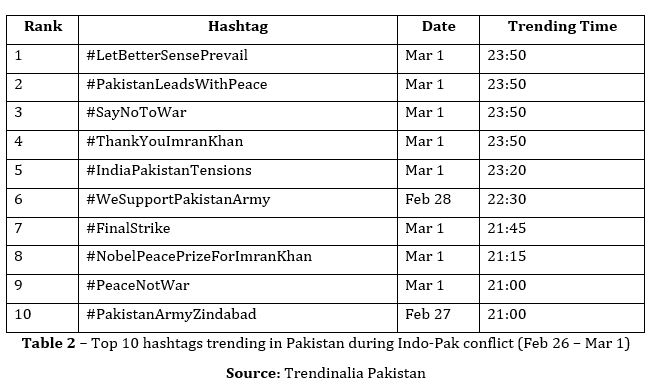 Despite momentary de-escalation in the current Indo-Pak conflict, weaponisation of social media will undoubtedly persist in the future. Governments will continue to use social media platforms to mold the prevailing narrative in their image as an effective conduit to better serve their interests. The proliferation of fake news has completely changed the landscape of how social media users interact with news they view on social media platforms. 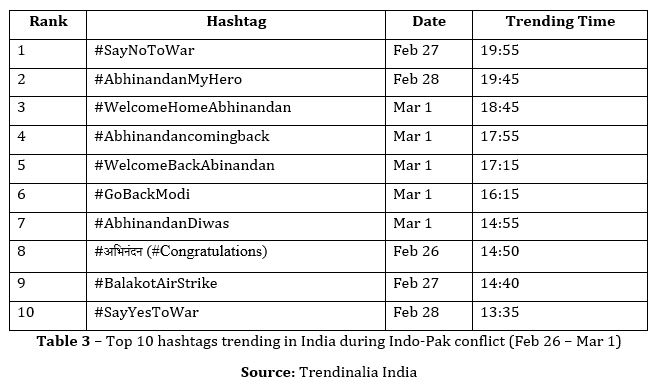 It will be difficult to limit the impact of fake news in the near future. However, awareness about fake news and the credibility of media outlets will help sift fact from fiction, delineating the accuracy of news in future. Media outlets also find themselves in a need to revamp their strategy of acquiring information from different social media platforms. A general journalism practice is to triangulate the collection of information. Henceforth there is no room for complacency on part of mainstream media outlets and nothing wrong in not broadcasting any content referenced from a questionable source, whose veracity cannot be confirmed.