Assessing BJP ’s performance ahead of the Indian General Elections 2019

India entered into a new era of politics when the BJP government won a historic victory in the 2014 elections. The Bharatiya Janata Party (BJP) managed to win 282 of 543 seats in India’s lower house of the parliament (Lok Sabha). It was the first time that a single party had won a majority in three decades. Collapsed investment cycle, rampant corruption and high rates of inflation paved the BJP’s way to win the general election of 2014. Along with other challenges, the plummeting state of Indian economy stood above everything else as the primary concern, since the country’s growth rate fell by nearly half in 2010. Hence, it was on this very agenda of economic reform that Modi began his election campaign. Despite the widespread concern, Indians voted for Modi on the merits of his economic vision regardless of his views towards Indian Muslims and other minorities. At the time, Modi’s success raised many questions owing to the fact that he belonged to the BJP – a Hindu nationalist party, influenced heavily by the militant Hindu organization, the Rashtriya Swayamsevak Sangh (RSS).

Nonetheless, as India edges closer towards the 2019 general election, it is necessary to analyze the progress that has been made under the Modi-led government in a bid to predict whether he can replicate his success in 17th Lok Sabha general elections or not. Rise in fuel price; demonetization; an immature introduction of Goods and Services Tax; the lynching and killings of Dalits, Muslims and other minorities in the name of love jihad and cow protection are a few major setbacks that the Modi government has had to contend with during his rule.

According to an analysis in the Hindustan Times, around 97 percent of cow-related attacks on Muslims since 2010 have been reported after Modi government came into power in 2014. These attacks were carried out by Hindu extremist groups such as Bajrang Dal, Vishwa Hindu Parishad and local Gau Rakshak Samitis.

Rise in fuel price; demonetization; an immature introduction of Goods and Services Tax; the lynching and killings of Dalits, Muslims and other minorities in the name of love jihad and cow protection are a few major setbacks that the Modi government has had to contend with during his rule.

In addition to this, Amnesty International report 2017/18 on India also highlighted the increasing violence against other minorities by the Hindu groups and some state officials in the country. The report states that ‘India failed to respect its human rights commitments made before the UN Human Rights Council. The Supreme Court and High Courts delivered several progressive judgments, but some rulings undermined human rights.’ 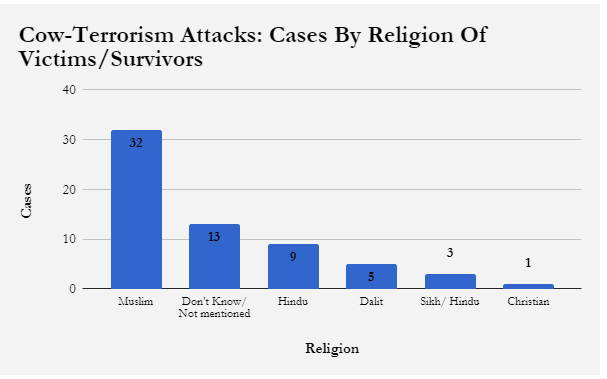 Moreover, the National Crime Record Bureau (NCRB) data shows that the rate of crimes against Dalits has risen in the last few years. Around 40,801 cases of atrocities against Dalits were reported in 2016 across the country, up from 38,670 in 2015.

On November 8, 2018, Modi announced the demonetization of 1000 and 500 Rupee notes which resulted in the closing down of thousands of small-scale businesses that India thrives upon. Small and medium enterprises (SMEs), that are akin to India’s backbone and run mainly on cash, were badly hit by this policy. Modi’s critics termed his demonetization policy as the biggest economic disaster in modern India’s economic history.

The rise in fuel prices

If fuel prices are taken into the picture, the average price of petrol during the Modi regime till March 2018 stood at Rupees 73.20 per liter. However, the fuel price was Rupees 65.14 per liter during the Congress regime. Thus, government is charging more for a liter of petrol and diesel, as compared to the previous regime. Even the neigbouring country, Sri Lanka is charging less as compared to India. In Sri Lanka, the petrol is cheaper and is available at Rupees 59.27, while diesel costs Rupees 47.16 per liter.

A recent demonstration emerged against UK-based Vedanta’s Sterlite Copper plant that has allegedly put the health of citizens at risk; and is reportedly a company backed by political parties. After 99 days of protest, the police opened fire on the protestors on the hundredth day that killed 10 people including two women.

With all the above in mind, it is imperative to ask whether all the setbacks be enough to prevent BJP from securing another term in the office Following the BJP’s significant 2014 mandate, many analysts confidently proclaimed that Modi would remain in power for at least two, if not three terms. Nonetheless, the situation remained uncertain as according to one survey, religious minorities in India do not wish Modi to rule the country for another term owing to the anti-minorities policies of its regime. If Modi-led BJP wants to retain power in 2019, it would have to rely on its allies to retain power at the centre. The recent setback to the BJP in the by-elections does not do much favour to its cause, as the party lost its simple majority in Lok Sabha. But it would be wise to remember that Modi already holds the backing of the majority Hindu population of the country; and he would have to gather support from this very cadre if he is to retain power after the elections. It remains to be seen, however, if the BJP will be able to attract the Indian voters as a whole. But for now, the party seems to have an uncertain position in the Indian politics.

is completing her M.Phil in Strategic Studies from the National Defence University, Islamabad.