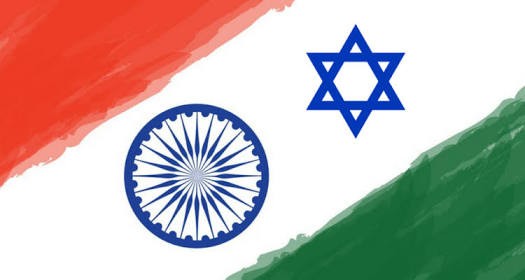 The recent visit to Israel by the Indian Prime Minister Narendar Damdordas Modi has made headlines in both countries. It was the first visit by an Indian leader to Israel in the last 70 years. Several significant agreements were signed between India and Israel over the three day visit. Among them was the establishing of the $40 million worth India-Israel Industrial Research and Development (R&D) and Technical Innovation Fund.

The visit was littered with several historical events in Indo-Israeli relations. Israeli Prime Minister Benjamin Netanyahu himself was at the Ben Gurion Airport to receive Prime Minister Modi when he landed there on Tuesday. The Indian Prime Minister was given a grand official welcome and was warmly embraced by Netanyahu who told him, “Aapka swagat hai mere dost.” (Hindi for welcome to you my friend).

Several significant agreements were signed between India and Israel over the three day visit. Among them was the establishing of the $40 million worth India-Israel Industrial Research and Development (R&D) and Technical Innovation Fund.

The bonhomie between the two leaders was also largely noted. The two leaders laughed, hugged, shared a helicopter tour of Israel, appreciated some art and history, and then hugged again. All this culminated in a slow walk on Dor beach in Haifa today. To many observers, these factors indicate a historic shift in Indo-Israeli ties.

India had voted against the partition of Palestine which had led to the creation of Israel and also one of the countries that voted against admission of the Israeli regime in the UN. The reasons behind this were various; the Indian National Congress was largely based on democratic socialism and religion’s entry into politics was anathema as was the case of Zionism. Furthermore, the Congress wanted to retain Muslim votes which it felt would be compromised if it recognized the annexation of Palestinian territory by a European colonial movement and as Zionism was a western imperialist movement it clashed with the envisioned Indian “non aligned” mission of “standing up for the third world” as well as securing interests in the Arab states.

However, in September 1950 India under Nehru recognized Israel and restricted diplomatic ties to a consulate in Bombay. From India’s recognition of Israel in 1950 to the early 1990s, the relationship remained informal in nature. There were several memorable instances that highlighted the rather tumultuous nature between the two governments including the time Nehru claimed that Israel had tried to assassinate him using jet fighters while he was traveling in the Middle East.

However all such animosity aside, India formally recognized Israel and started a relationship based, mainly on military and intelligence sharing. These ties flourished mainly due to common strategic interest and perceived threats. Both countries claim to be at threat from Muslim militants which largely stems from their brutal occupations of Muslim lands. It can be asserted that both found a shared threat in the Islamic ideological state as well as the sole Muslim nuclear power, Pakistan.

There are various reports that there was an attempted joint Indo-Israeli operation to target Pakistani nuclear facilities at Kahuta. Former Indian Air Force personnel support the idea of an Israeli connection with Indian plans to attack Kahuta. Israel desired to eliminate Pakistan’s nuclear capability, like it did in Osiraq, Iraq in 1981. India had seriously considered attacking Kahuta three decades ago but backed off mainly due to the fears of a retaliatory Pakistani strike on Trombay and the danger of an isolated strike escalating into a full blown war.

While there was considerable cooperation during the reign of the Indian National Congress yet ties always seemed to be on the fast track when the Bharatiya Janata Party was in power. Hindutva groups have been the most prominent support for Zionism within India (though the pioneers of Hindutva openly admired Hitler for his extermination of the Jews). The most striking point was the cooperation between the Israeli government and the Hindutva terrorist group Abhinav Bharat clearly indicates the support of Israel in the setting up of a Hindu theocratic state.

Israel has often used the notion of being surrounded by a “sea of Islamic Arabs” to gain sympathy from western circles while Hindutva has been on a warpath against both Indian Muslims and Pakistan.

It can be asserted that the reason behind this lies in the affinity between the two ideologies of Zionism and Hindutva. Based on religious identity, both require the cleansing of an “other” to reach their desired utopia. The “other” in the case of both are Muslims. Israel has often used the notion of being surrounded by a “sea of Islamic Arabs” to gain sympathy from western circles while Hindutva has been on a warpath against both Indian Muslims and Pakistan.

From the above point it can be deduced that the Muslim world is most at threat from such an alliance. While the Palestinian and Kashmiris alongside the Indian Muslims (and other minorities) are paying with their blood with each passing moment, the Muslim states remain oblivious to the peril unfurling before their eyes. It is recommended that a Muslim alliance be made to speed up efforts for the solution of Palestine and Kashmir disputes as well as an intelligence and military network to counter the militant aspects of the Zionist Hindutva alliance.

is an M. Phil scholar in the discipline of International Relations at the NDU.