Necessitating the Right to Information in Pakistan 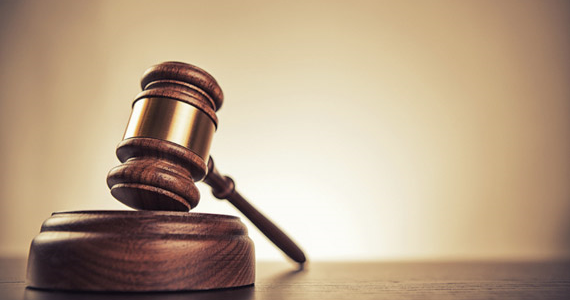 Despite it being a fundamental right as prescribed by the Constitution of Pakistan, 1973, a majority of this country’s population is absolutely unaware of its right to information (RTI) just as it is incognizant of its other rights. An obvious reason is the improbability of such a law existing in a country where other laws are either not implemented or breached openly without conviction. Hence an initiative was taken by the Youth Parliament Pakistan, a project of PILDAT, to draft policy briefs on several issues that should concern the general public. This year, one of the five Youth Standing Committees presented its recommendations and dissemination plan about increasing the public interest in the usage of the right to information. One such recommendation was to get articles published in renowned newspapers which would help us in outreaching the literate fraction of this society. Therefore I, in my capacity as the President of the Youth Parliament Alumni Association, have taken this step of publicising our policy briefs, the first of which is on RTI.

In recent times, there has been a clear shift towards an information facilitation regime that is taking place all over the world. There is an increasing realisation among countries that governments cannot be effective without the existence of transparency across the board. Right to Information is, hence, widely recognised as the vanguard of transparency and accountability. Although the right to information was established as a human right in Article 19 of the International Covenant on Civil and Political Rights, it has taken varying time spans for individual countries to draft and approve legislation over the unobstructed implementation of this fundamental right. In Pakistan’s case, the already existing legislature regarding the freedom of speech (Article 19) was updated through the 18th Amendment to the Constitution of Pakistan, 1973 in 2010 under Article 19-A to include that “Every citizen shall have the right to information in all matters of public importance subject to regulation and reasonable restrictions imposed by law.”

Under the current Pakistan Right to Information Bill, tabled in 2013, all public records should be made available, which include public record in printed, written or any form such as diagram, photograph, video or map, transactions involving transfer of property and expenditure undertaken by a public body, any information in possession of a public body in which public may have a legitimate interest, information regarding grant of approvals, licenses, allotments and other privileges, benefits, and contracts made by a public body, and any information required to be provided by a person to a public body under any law or for the purpose of receiving any benefit or advantage.

Nevertheless, there also exists a list of records which may not be sought in accordance with Sections 7 and 8 of the Act mentioned above. These include all records relating to deployment of defence forces, defence installations or connected to national security, issues related to law enforcement and public safety, all internal working documents of a public body such as proposals for cabinet decisions, information associated with a scientific or technical research that might expose or damage the concerned organisation, records declared by the government as classified, any disclosure which would violate intellectual property, records related to personal privacy of any individual, records of banking companies and financial institutions, and private documents provided to a public body on the condition that it will not be disclosed to a third person.

Among the several statute-based recommendations proposed by the Youth Standing Committee on Right to Information, the most prominent one criticised keeping in secrecy the working documents of public bodies because it was being seen as an extensive restriction that prevents citizens from holding government and public institutions accountable which is one of the most important aspects of governance. The committee also recommended computerising all records within reasonable and defined time, ideally within the term of one government so that monitoring of the process could be done. Furthermore, along with the signatures of the official providing the copy of records to an individual, the documents should also bear an electronic stamp for counter-verification of receipt.

Apart from using social, electronic and print media platforms to increase awareness among public regarding the usage of this fundamental right, the committee emphasised on including information about RTI in educational curricula. It was realised the RTI would remain a non-starter until the sensitisation about the subject is not started at an early educational level. Effective educational measures can help in seeking the attention of the general public as a whole, and the youth in particular, in how the usage of RTI can lead to survival, sustenance and security of life. A relevant chapter can be included in the course content of civic education and social sciences at the post-secondary level. Additionally, for greater penetration of the idea, a public attention notice about the importance of the right to information and how its usage can radically alter the social conditions can be added on the back cover of the textbooks at the secondary level. In this way, the message will resonate beyond the students to their parents and wider community.

It was also proposed that in order to increase interest and participation of youth, including the general public, governments should collaborate with local and international NGOs and various other public and private organisations to assist in the efficient dissemination of the existing RTI laws. NGOs and other organisations from the civil society can play a critical role in educating the public and instigating interest and involvement of the youth regarding their constitutional right to seek information. Furthermore, the civil society would also serve as a watchdog for RTI application by government subsidy, if required, to ensure accountability and implementation of RTI.

Pakistan is divided into rural and urban areas geographically. According to the latest report from the World Bank, the rural population of Pakistan is more than 115 million, which is significantly higher than its urban population. It must be noted that in the majority of the countryside, conventional and modern means of media and communications can present a large challenge in terms of reach and connectivity. This portion of the population should not be neglected, and hence awareness about the RTI bill as their fundamental right should be created. It was recommended to work on grass-roots level outreach strategies including forming committees at the Tehsil level, which will be monitored by the administration. These committees will open registration for the volunteers from general public and students for the door-to-door campaigns to the local audience. They can also distribute pamphlets in different languages at various public spots such as hospitals and restaurants.

The policy brief, its recommendations and dissemination plan have been proposed in the greater interest of public so as to aware people of a fundamental right they are unmindful and ignorant of.

This article was first produced in the Daily Times. It has been reproduced here with the permission of author.

is the President Youth Parliament Pakistan Alumni Association (PILDAT). She was the Chairperson of the Right to Information Committee in the 5th session of Youth Parliament.